Senior Research Coordinator / Member of Board of Directors 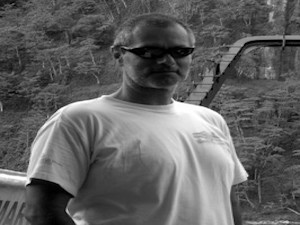 Dr. Carlos Jimenez has extensively dealt with marine ecology and environmental interpretations and reconstructions since the early 80s. He holds a B.Sc. and M.Sc. degrees in biology and aquatic and marine ecosystems, respectively, from the University of Costa Rica. His 1998 M.Sc. thesis analyzed the ecology and biology of coral reef formations under extreme environmental settings, such as the Seasonal Upwelling of Papagayo (Costa Rica).

He also holds a Ph.D. in Marine Biology obtained at the Leibniz-Zentrum für Marine Tropenökologie (ZMT) in Bremen (Germany). His doctoral research focused on the responses of eastern Tropical Pacific and Caribbean coral reefs to environmental disturbances (e.g. El Niño). During this period in Germany, he continued with the projects in Central America in collaboration with the Marine Science and Limnology Research Center (CIMAR) at the University of Costa Rica.

After completion of his Ph.D. in 2002, he started a postdoc research that studied climate signals, past and present, in skeletons of corals from Cuba. He participated in several international research initiatives and also maintained and expanded his long-term projects on the recovery of coral reefs, and advised graduate students from Germany and Central America.

In 2006, he returned to Costa Rica and re-assumed his collaboration as an associated researcher to the CIMAR. During the next three years, he coordinated eight major coral research projects at the Pacific and Caribbean coasts with the participation of undergraduate and graduate students from Europe and Latin America. Topics of particular interest were environmental reconstruction using corals, exploration and evaluation of never before visited reef habitats, and mass mortality of corals due to harmful algal blooms and invasive species.

Since Autumn 2009, Carlos has been a permanent resident of Cyprus where he initiated efforts to evaluate the coralligenous habitats of the island from the historical perspective of natural (e.g. tsunamis) and anthropogenic (e.g. eutrophication) disturbances, and to investigate deep-water corals. He is also doing palaeoecological reconstructions of fossil coral reefs around the Island.

He has more than 80 peer-reviewed publications in periodical journals, books and conference papers.