Anastasis Karonias is a biologist, with a Bachelor in Biology and a Master’s degree in Conservation Biology from the Manchester Metropolitan University (UK). During his studies had the opportunity to participate in many conservation field works including projects in Puszcza Bialowieza forest in Poland, Peatland Ecosystem degradation and restoration (UK), Little Woolden and Holcroft (UK), and Chester Zoo’s Role in the Conservation of Species through Captive Breeding & Reintroduction. For his Master’s project Anastasis worked on coastal sand dunes in the UK to assess the most suitable biodiversity metrics to interpret biodiversity degradation on these habitats.

He worked as a volunteer in the Ionian Dolphin Project (IDP) at Amvrakikos Gulf in Greece in 2017, and also
has successfully participated in the The Carbon Literacy Project (2017) and certified as Carbon Literate.

He joined Enalia Physis in February 2019 and he will assist with different projects including Life-Relionmed and Interreg Med- Posbemed2. 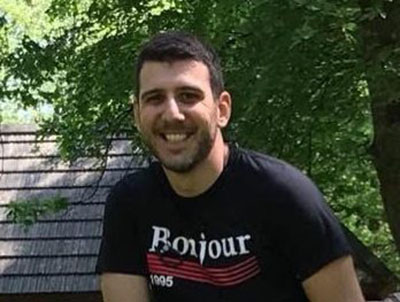