Angeliki or Kelly Martinou is an Applied Ecologist with more than a decade of experience in entomology, biological control, pesticide science and application. She conducted her MSc in Applied Entomology and PhD in Ecology on intraguild predation interactions at Imperial College London. She has previously worked as an applied entomologist for many years at Imperial College UK, the Benaki Phytopathological Institute Greece and the Cyprus University of Technology, Cyprus. She has taught on undergraduate and postgraduate courses in Entomology, Ecology, Agroecology and Statistics for Imperial College London, the Agricultural University of Athens, and the Cyprus University of Technology. She is currently also affiliated at the Laboratory of Vector Ecology and Applied Entomology at the Joint Services Health Unit (JSHU), British Forces Cyprus.

As an ecologist she finds species and particularly insect interactions fascinating. She is interested in integrated vector management and biological control. Her work focuses on developing and adopting sustainable management options for insect vectors such as mosquitoes and ensuring the protection of biodiversity and ecosystem services provision in terrestrial and freshwater systems. Over the last five years she has developed an interest in biological invasions and citizen science initiatives related to medical entomology. She has been successful in attracting research funding and she is currently leading the Cypriot contribution to a Defra (UK Government) Darwin Initiative project. Additionally, she took a leading role in a COST Action Network “ALIEN Challenge” including facilitating and leading workshops and short term scientific projects to meet the outcomes of the Action. 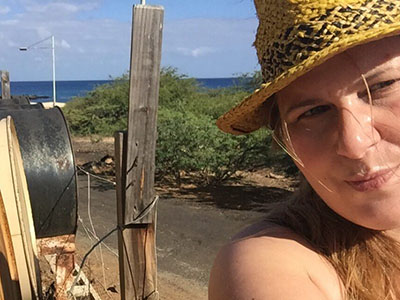