Ioanna graduated in 2015, with a BSc in Agricultural Sciences, in the Direction of Crop Science and Technology from the Cyprus University of Technology. In 2014 she won the first prize during the National competition organised by the Research Promotion Foundation Cyprus for her thesis on the study of arthropod biodiversity in tomato agricultural crops.

During 2017-2019 Ioanna studied for a Master’s Degree in Ecology and Conservation of Biodiversity from the National and Kapodistrian University of Athens, in Greece. From 2018 to date, she has been working at the Laboratory of Vector Ecology and Applied Entomology, Joint Services Health Unit, British Forces Cyprus where she also undertook her MSc thesis on working on a pollinators and citizen science programme for Cyprus. She co-founded a citizen science programme, called ”Mosquitoes Without Borders – Going Island wide in Cyprus”, that started in 2018 and aims at monitoring of non-native mosquito species in Cyprus with the help of citizen-scientists. She was a co-organiser of the first European training school of COST Action CA17108 Harmonising Aedes Invasive Mosquitoes (AIM) surveillance across Europe that took place in Akrotiri, Cyprus (2019), and she was member of the local organising committee for COST Action CA17122 Alien CSI in Akrotiri Education and Environment Centre, Cyprus (2019).

At Enalia, she works as a project officer for the Interreg- Posbemed2 project. In addition, she participates in a funded Darwin Plus research project call “Addressing drivers of ecological change in Lake Akrotiri SBA”, that aims to quantify ecosystem services provided by this important wetland and how different drivers impact these benefits to people. She also participates in a bi-communal project, funded from UNDP that aims towards the surveillance of invasive mosquitoes in Cyprus.

She loves travelling, listening to music, dancing and drawing. 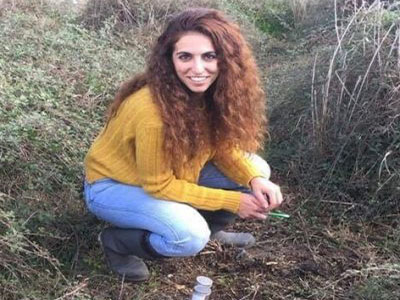