Katerina Achilleos’ research focuses on habitat-forming marine invertebrates, with a particular emphasis on Bryozoans. She is especially interested in the process of biomineralization (i.e. skeletal formation) in marine calcifiers, and how this key process may be affected under environmental stressors.
She holds a B.Sc in Biological Sciences and M.Sc in Biodiversity and Ecology, from the University of Cyprus. She first started working with Enalia Physis in 2011 during her B.Sc where she investigated the role of an ancient shipwreck (4th century BCE) as an artificial reef. She continued her research during her Master’s by studying the biogeography of scleractinian corals and Bryozoa along the coasts of Cyprus, which led to the first record of the Bryozoan diversity in Cyprus.
She also holds a Ph.D in Marine Science obtained from the University of Otago, New Zealand. Her doctoral research followed a holistic approach to investigate the genus Cellaria Ellis & Solander 1786 (Cellariidae: Cheilostomata: Bryozoa), which forms micro-forests on the ocean floor. Her thesis provided insights regarding their distribution, the species within New Zealand by describing new species for science, a new methodology protocol for growth studies in the open ocean, and the first genetic information associated with the formation of their skeleton.
Since 2015 she has also been involved in the private sector in Cyprus and New Zealand, working in projects related to aquaculture and fisheries monitoring, benthic communities assessment, macrofauna identification and fish age determination using otoliths. During her Ph.D she also taught at the University of Otago (e.g. Marine Science, Zoology Departments). She currently holds an Assistant Research Fellow position where she works on transcriptomic and genomic sequencing of marine invertebrates for climate adaptation projects. 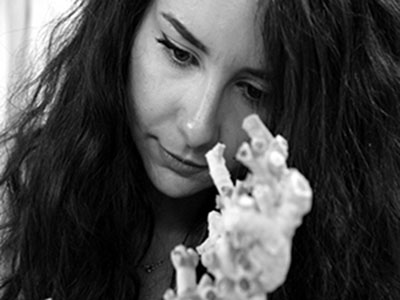