Vasilis Andreou, obtained his B.Sc. (Hons) Marine biology degree at the University of Plymouth (UK) in 2012. During his degree, Vasilis has carried out field experiments investigating the behavioral ecology of talitrids at the northeastern coasts of Cyprus. Subsequent to the completion of his studies, Vasilis has returned to Cyprus and has worked ever since in both private and public sector. In the private sector he was mainly involved in European mapping projects and biodiversity assessment surveys. In the public sector, he has collaborated with the Department of Fisheries and Marine Research (DFMR) in the monitoring of Marine Protected Areas (MPA’s) and Artificial Reefs (AR’s) around Cyprus.

In January 2014, he joined the Department of Biological Sciences at the University of Cyprus as a Ph.D. student in Biodiversity and Ecology. Vasilis aims to investigate the physical and biological factors that influence biodiversity richness associated with artificial reefs and their efficacy in comparison to natural sites.

He believes that public education is the most effective way of applying pressure to policy making. Therefore he is fully engaged in increasing public awareness.

The main research interests of Vasilis are dealing with biodiversity changes and their effects on ecosystem functioning. His goal is to perceive, through his research, of those critical factors essential to the sustenance of marine ecosystems. By achieving this, he aims to substantially contribute to the development of more efficient conservation practices.

The aim: To understand how biodiversity changes will affect the functionality of ecosystems

Objectives: To collect data and understand how the biodiversity of grazers and algae are interacting to shape fouling and fauna communities over rocky reefs in the Mediterranean. Identify the key functional traits of rocky reefs and how invasive species are impacting those ecosystems.

Methods:
– Identify the communities of rocky reefs in the eastern Mediterranean.
– Identify the functional traits among species.
– Exclusion experiments to investigate the impact of grazers.
– Removal experiments to investigate competition.
– By combining the results of the above methods the aim is to understand how the biodiversity of the primary producers interacts with the primary consumers as functional groups.
– Then carry on with different functional groups in further projects to puzzle the functioning of the Mediterranean Marine ecosystem. 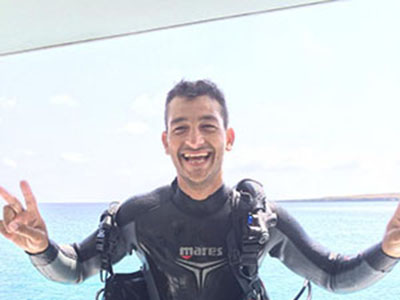