During her bachelor studies , she carried out an internship at a Wildlife Park where she conducted activities as a zookeeper and ethological studies focused on the responses of a group of marmoset (Callithrix geoffroyi) in a new environment and on recognition and preference experiments based on visual and olfactory signals (video recordings analyses).

Her master thesis concerns a qualitative analysis of the reproductive cycle of the solitary coral Paracyathus pulchellus,  in which the morphological aspects of gametogenesis and ontogenesis of this scleractinia are described.

She has experiences abroad, having studied in Madrid (Spain) for 10 months. After her Master’s degree, she joined Enalia Physis as intern during which she participated in all ENALIA’s projects, and carried out activities focused on the collection and identification of algae and other benthic organisms.

Over the course of her traineeship, she had the opportunity to write and submit a proposal, regarding the monitoring and conservation of Pinna nobilis in Cyprus, to the Mohamed bin Zayed Species Conservation Fund, which has been accepted.

She became part of ENALIA’s team in December 2021 and she will  participate in other projects including Interreg Med-Posbemed2 and the Monk Seal conservation in the Eastern Mediterranean.

Valentina has a deep interest in terrestrial and marine ecology, conservation biology, and the impact of the climate change on living systems. Her unique desire and greatest goal is to help animals and their habitat! 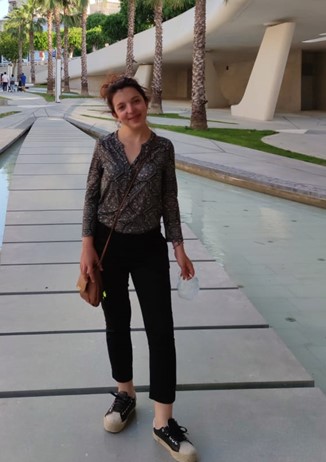