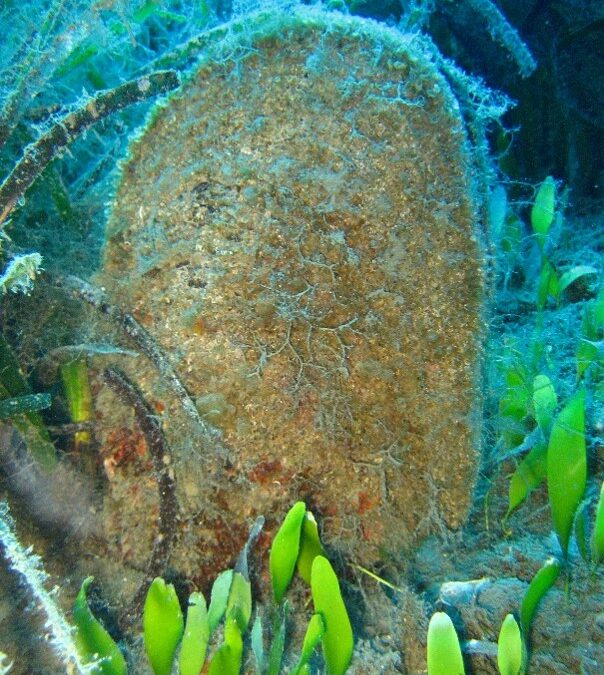 Introduction: Pinna nobilis is an endemic species and the largest bivalve of the Mediterranean Sea. It has a key ecological role by filtering water, retaining organic matter, thus reducing turbidity and it provides a hard substrate for benthic species. It occurs at depths until 60 m, on different substrata, but mostly within Posidonia oceanica meadows, the most important ecosystem of the Mediterranean Sea.

An on-going mass mortality event (MME) is affecting Pinna nobilis populations across the Mediterranean Sea, mostly due to an infection caused by an haplosporidan parasite (Haplosporidium pinnae).

Started in 2016, the MME was first identified along the southeastern coastline of Spain and in Balearic Islands; subsequently transported by ocean currents, the pathogen reached other Mediterranean regions, and mass mortality events have been reported along French and Italian coasts and shortly after in the eastern part of the Mediterranean.

Due to the dramatic population size reduction, Pinna nobilis has been listed as Critically Endangered on the IUCN’s Red list in 2019. In addition, it is included in the EU Habitats Directive (92/43/EEC, Annex IV), in the Barcelona Convention (Annex II) and it has also been assigned a strict protection status under the national legislation of most Mediterranean countries.

Situation in Cyprus: P. nobilis is a well-studied organism, however the majority of the information come from the central and western Mediterranean. Accurate and relevant data concerning the current status, distribution and density of P. nobilis in Cyprus are not available or is in the process to be generated.

Historically, P. nobilis was present in almost all the Levantine Basin and until at least early 2018, Cyprus had large P. nobilis populations. Between 2016 and 2017 only few individuals (<3-5%) of various populations around the island were affected by the mass mortality event. However, in late 2018 and 2019, selected areas that were revisited reported almost 100% mortality at least until 40 m depth at all sites (C. Jiménez and L. Hadjioannou, unpubl. data).