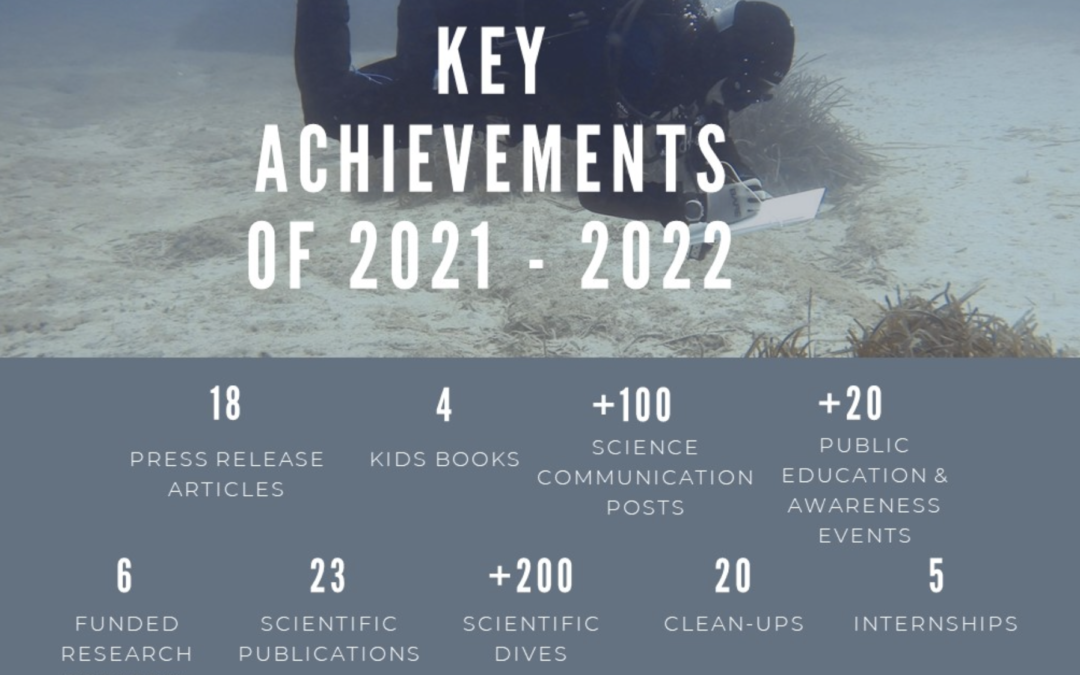 A note from the Director of Enalia Physis, Marios Papageorgiou.

The past two years have been very challenging in terms of projects’ implementation and achieving organisation’s key goals, primarily due to the consequences of the pandemic. Nevertheless, through this challenge we learned, adapted and built resilience to the new world conditions. However, the main challenge of the organization remains to ensure and maintain its financial sustainability.

This was truly a time of growth and change for the organisation – in financial turnover, in scientific research and communication, in environmental education and awareness, in public engagement and in our public profile. Our impact on the society, stakeholders, decision-making authorities, nature conservation and sciences has been great.

Over the past year, public science communication and environmental education activities were greatly enforced and had huge impact on the general public and targeted audiences and contributed towards building a strong image of the organisation. Our active participation on the different social media channels has influenced, informed and educated hundreds and thousands of people. We strongly believe that this is an essential tool for communicating science and for achieving empathy and active participation of  citizens in nature conservation.

Of course there is still a lot to do. Environmental pollution remains a huge problem. Fisheries and marine biological resources are still unsustainably used. MPA management is inadequate or lacking altogether. Non-native and invasive species will continue affecting the Mediterranean sea, by causing shifts in indigenous communities and altering entire ecosystems. Many species are still endangered or in the brink of extinction.

I am incredibly proud of Enalia Physis and I would like to thank anyone who is supporting the work of Enalia Physis in one way or another, including the staff, funders and donors and volunteers.