POLICY BRIEF / The ‘silent’ problem of fisheries: A call to address one of the biggest fisheries-driven environmental threats 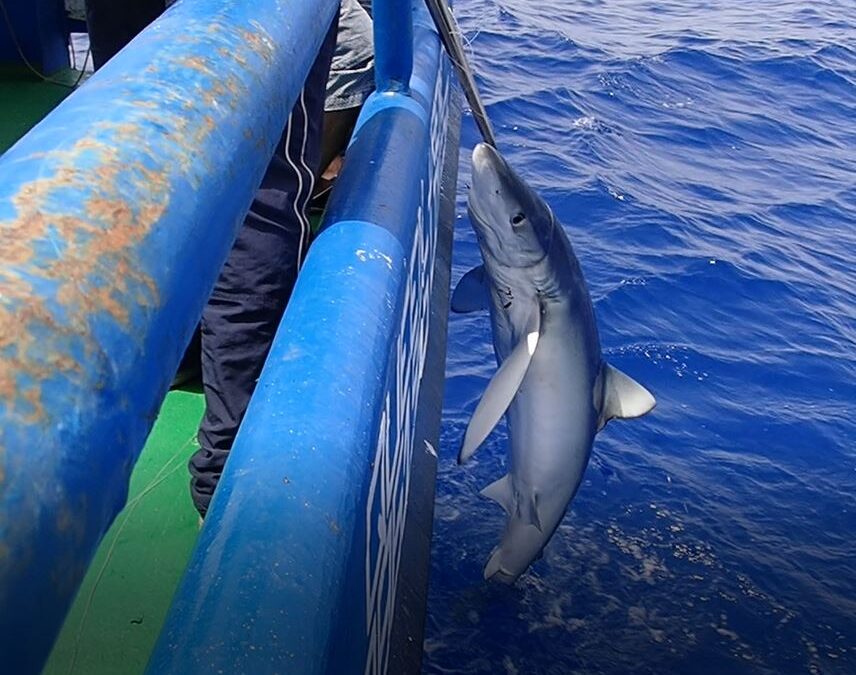 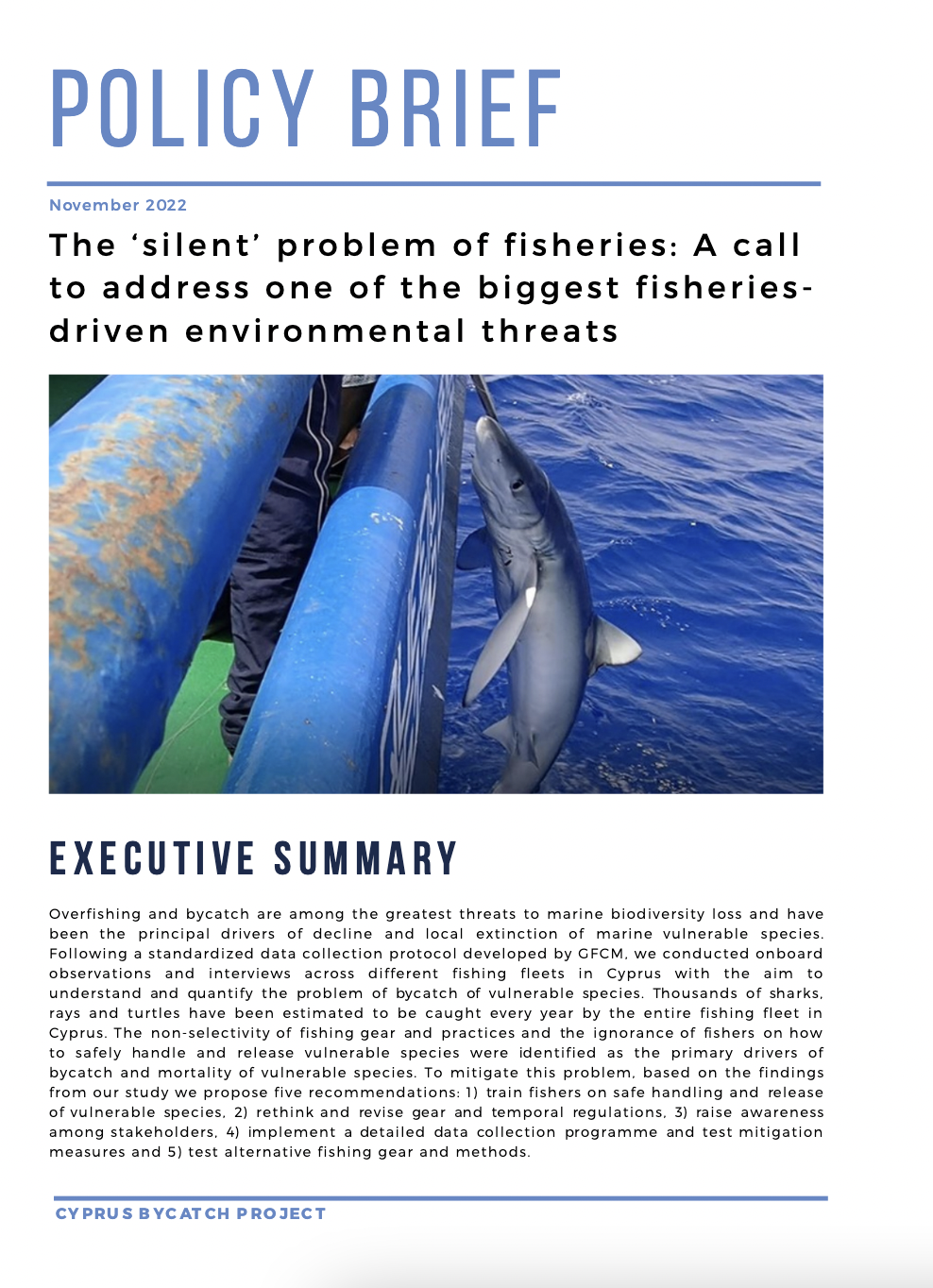 Overfishing and bycatch are among the greatest threats to marine biodiversity loss and have been the principal drivers of decline and local extinction of marine vulnerable species. Following a standardized data collection protocol developed by GFCM, we conducted onboard observations and interviews across different fishing fleets in Cyprus with the aim to understand and quantify the problem of bycatch of vulnerable species. Thousands of sharks, rays and turtles have been estimated to be caught every year by the entire fishing fleet in Cyprus. The non-selectivity of fishing gear and practices and the ignorance of fishers on how to safely handle and release vulnerable species were identified as the primary drivers of bycatch and mortality of vulnerable species. To mitigate this problem, based on the findings from our study we propose five recommendations:

1) train fishers on safe handling and release
of vulnerable species,