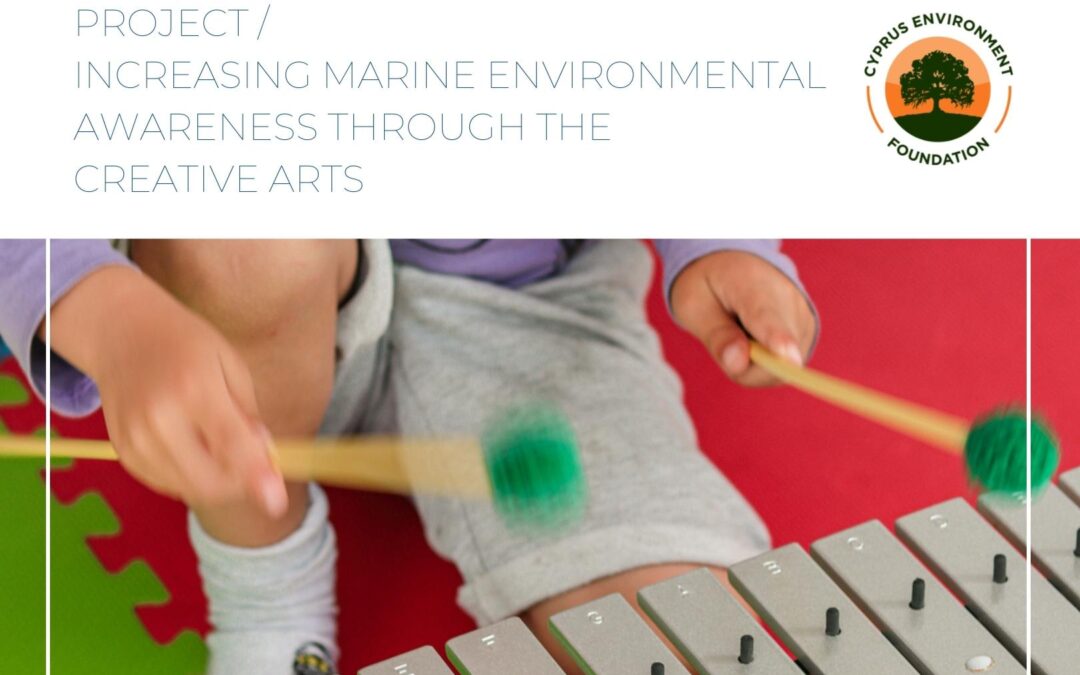 Introduction: Coastal and marine environments in the Mediterranean are under constant pressure from various sources which are interacting together and affecting biodiversity. In Cyprus, the most significant pressures on the marine and coastal environments result from unsustainable coastal development, pollution (e.g., eutrophication, marine litter), coastal erosion, overfishing and increasing presence of invasive alien species. Unfortunately, at present, public knowledge and awareness about the marine environment of Cyprus and the threats it is facing is very limited. Environmental education and awareness are known to be the main drivers of public positive perception and attitude toward supporting environmental conservation. Investing in more intense and systematic research in the field of the marine environment of Cyprus and subsequently communicating the knowledge to the public, and especially children is particularly important in order to ensure the long-term effectiveness of nature conservation and management efforts. Even though some schools in Cyprus are trying hard to teach children how to connect to our natural world, there is still an urgent need to develop and implement new curricula on environmental education and conservation.

The Solution: This project aims to deliver educational, creative workshops both in private and public schools as well as environmental centers, and raise awareness to as many schools and young children as possible regarding some crucial matters which concern our island such as the bycatch of marine vulnerable species, marine litter, the poor management of Posidonia Oceanica seagrass and the threats and conservation of the Mediterranean monk seal Monachus monachus, to mention a few. The proposed activities seek to actively engage young children (between ages of 3 to 12) and captivate their imagination through music, the visual arts, movement, dance, drama and storytelling. Essentially by increasing the contact of our children with Cyprus’ current marine challenges, leads them to a deeper understanding of how the marine life is essential, how to better comprehend the importance of protecting this planet on which we live and finally, how the ocean and humans are, essentially, inextricably interconnected.

1. Organize 10 workshops of “The Blue Conference” creative workshop: The children will be creating their own awareness posters carrying a message on the importance of reducing bycatch, the incidental and unintentional capture of vulnerable species in fishing operations, species including sea turtles, cetaceans, seals, seabirds, sharks and rays. At the end of each workshop, all artworks will be photographed in order to create an online gallery which will include all the artworks created by all children participating in the workshops throughout the year. This gallery will be shared on social media as well as children’s schools and families.

2. Organize 10 workshops of the “Here Only Monachus” creative workshop: During this workshop the facilitators will be sharing recordings of natural sounds produced by seals and an array of melodic and rhythmic musical instruments which the children later used to create their own musical compositions with the utilisation of modern music technology. Each group will be creating their own, joined musical composition which then the facilitators will be sending via email to all the children’s schools and parents. At the end of the year, all the compositions will be shared once again online for the public to enjoy and can be accompanied by the children’s artwork which will also be produced during the workshops.

3. Organize 2 shows of “Poseidon’s Grievance” puppet show with live music: After watching the puppet show, the children will be invited to discuss the issues raised during the show. As there will be no dialogue, children will be invited to create their own dialogues between the characters. At the end of the show children will draw their favourite parts (scenes) from the show in the form of comic strips. These comic strips will be uploaded online and be shared on social media.